The Crossroads of Dreams and Imagination

Tonight I went with Dad to the local Pride and Patriotism event out on by Pueblo City Schools. 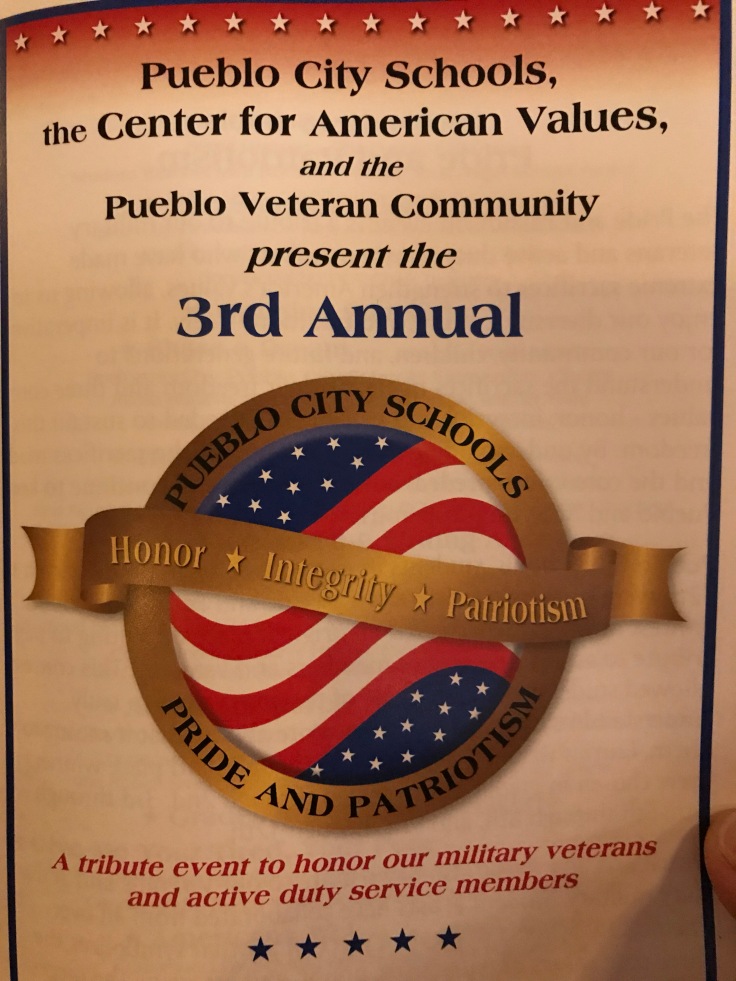 The kids from kindergarten to seniors in high school did an amazing job. There were choir and band performances as well as the winners of the writing contest being honored for their wonderful essays. We heard from a Brigadier General of the Air Force and saw some video from the Medal of Honor Convention that was held in September. I’m proud to say that there were lots of people in attendance, including many veterans. It was a fantastic night and I was grateful that I got to attend.

Hi everyone! I'm Willi and welcome to my page. This is the place where my imagination and reality collide. I've been absent for a while but am making some changes in my life, and this is just one of them. Join me on my journey to chase down my dreams. I don't know exactly where the adventure will take us but the more the merrier. Along the way I plan to explore the lush jungles of Creativity; the rarely visited library of Organization; the magic castle of Fantasy; the waterfall of Quotes; the labyrinth of Managing Money, the table of Yumminess, and the garden o Inspiration. I hope to see all of you there! Until next time, my fearless travel companions, enjoy the magic and wonder that appears in your day.